The BPC 2020 Annual Meeting will be held on Saturday morning, August 8, 2020 and begin at 9AM sharp via Zoom - the popular online meeting host that so many of us have become accustomed to during these times of social distancing.

The meeting will include a brief discussion of goals and accomplishments, a business meeting and the announcement of newly elected Board members (please see 2020 Board Member slate below) followed by a lively and informative talk by Sophia Fox (bio below,)  the Aquatic Ecologist at the Cape Cod National Seashore, on Climate Change and its impact on FreshWater Ponds on Cape Cod. 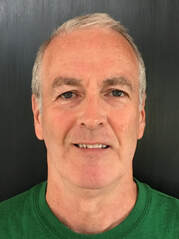 Marty Burke served a two year term as a key BPC Board member, and has offered to serve a third year.  Marty has led the Membership and Citizen Science teams, just to name two of his many accomplishments.  He's been a part-time resident of Brewster since 1997, and moved here full-time in 2014. Marty holds a B.S. in Business Administration from the University of Connecticut and is now retired from a 36+ year career as an executive in the insurance industry. Over the course of his career, Marty led underwriting and sales teams in the employee benefits divisions of The Hartford, Prudential, and Highmark, in Boston and New York City.  In addition to his work with the BPC, Marty has been active with the Massachusetts Audubon Society since 2014 in their piping plover, diamondback terrapin, and horseshoe crab citizen scientist programs. He is particularly interested in organizations centered on preserving our natural surroundings. His desire to find a way to help led him to the Brewster Ponds Coalition, first as a member, then a volunteer, and now as a Board member. 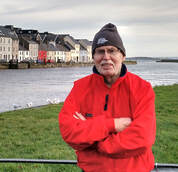 Jack Clarke​ was trained in management from his early twenties by a national fianance company and then later in real estate planning by another leading corporation.  Having a true entrepreneurial spirt, he created a highly successful retail business which combined his prior experiences.  Through this he found necessary talents in marketing and was active in producing copy for radio and TV.
Creating a balance between his home life, his love of nature and giving back to the community have been equally important.  Locally, Jack chaired the Brewster Bikeways committee, participated with local bushwhacking crews, and some early pond testing.  Jack likes to bike ride, play basketball, and hike the local forests with his wife and little dog. He also still likes to get wet in nearby Slough Pond where he worked as a cap counselor in 1961. 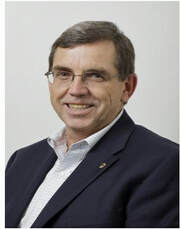 Cameron Ferguson, and his family have been coming to the Cape since the mid 1980’s. He and his wife purchased their future retirement home in Brewster in 2012.  After a 35 year career at Caterpillar Inc, Cameron retired in 2016 and he and his wife moved from Peoria IL to become full-time residents on Cape Cod in 2017.  Cameron has joined the BPC in an effort to give back to the community that is now his home, where he enjoys kayaking, paddleboarding, sailing, golf, and biking.  Cameron also serves on the Massachusetts SkillsUSA Board of Directors and was recently elected as Vice President of the Cape Cod British Car Club.  Cameron holds a BS Civil Engineering from Bradley University, Peoria, IL and a MS Civil Engineering from University of New Hampshire. 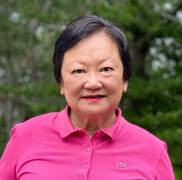 Mary Mauterstock became a full-time resident in Brewster in 2007 when she retired from her last job as manager of her husband’s investment management business. She is a volunteer at the Alzheimer Family Support Center of Cape Cod in Brewster, and still volunteers at the Brewster Ladies’ Library (after a 6 ½ year term on the Association Board, ending as Board Chair). She is a founding member of the Friends of Elbow Pond, a neighborhood organization focused on improving the quality of Elbow Pond‘s water by reducing phosphorus levels in the pond and pond sediments. She is also a member of the Cape Cod French Club.
Mary holds a B.A. in Sociology and a M.A. in Social Research. She spent 30+ years working in business systems planning and large systems project management in large insurance companies in the Hartford, CT area. She was the first female minority officer at Connecticut Mutual Life Insurance Co. In between working for insurance companies, she joined a small start-up software company as their Market Research and Planning Director until they sold out to a larger software company. As an independent consultant, she took the president of a CadCam software company (and his wife) to China to explore joint venture opportunities.
Mary and her husband Bob live on Elbow Pond. Playing golf and duplicate bridge, gardening and reading are her favorite past times. 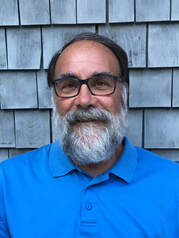 Bruce Swiren and his wife Rebecca have been residents in Brewster since 2014, when they moved here from NYC. Prior to then, they were part time residents at Ocean Edge. Brewster’s focus on conservation, preserving water quality, and it’s overall approach to resource management is why Bruce chose this town. In addition to the BPC, Bruce participates in the Boards of the Sheep Pond Beach Association and the Cape Cod British Car Club.
Bruce has a Masters in Biology from the University of New Hampshire, and has worked at the U.S Environmental Protection Agency and the Federal Emergency Management Agency over the course of a 33 year career. At EPA Bruce worked on pesticides safety and hazardous waste cleanup. It was a dirty job. At FEMA, Bruce worked on emergency preparedness for responding to an accident at commercial nuclear power plants; hurricane evacuation planning for the New York metropolitan area; and the first earthquake loss estimation study for New York City.
​
​
​2019 Annual Meeting Minutes